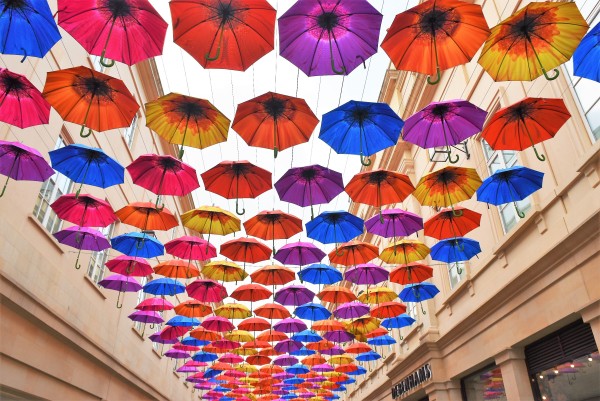 Discovering Great Britain, I spent most of my time wondering through the scenic City of Bath, Somerset County, England.

Bath is in the valley of the River Avon, west of London, England, or so Google says. I only rode the bus there. This city is a popular tourist destination because, as the name implies, the city is known for its hot springs and Roman-built baths. Yes, back in 60AD, Romans used to come from far and wide to soak and enjoy the hot springs.

Ferry on the Avon River

Today, the city is an educational hub hosting two universities: the University of Bath and Bath Spa University, but more importantly, it’s rich history makes it a popular tourist destination, attracting over a million visitors every day, and like the Island of Goree, it is a World Heritage Site.

The city boasts over 100 restaurants and pubs, more than 300 hotels, bed and breakfast and numerous international fast-food brands like Waitrose, Costa, Sainsbury’s and ASDA. To facilitate sight-seeing, there are several “double decker” open top buses taking visitors on tours around the city, showing historical places, museums, theatres, and sports centres. To top it all, the Bath Market is popular for souvenirs, and the malls host international fashion brands and a bureau de change, making the city ideal for sightseeing, shopping and entertainment.

During my stay, my accommodations were in Melksham, a medium-sized English town about 16 km east of the city of Bath. I took the bus which cost about £6 and 40mins. On this note, I recommend that if you are visiting Bath on a budget, get a hotel in Chippenham, Trowbridge or Melksham. the cost-savings is worth it.

Tourists, mostly Asian and American, students from both Universities and the locals who live and own businesses there make Bath a very populated city. The streets are crowded with tourist during the day and buzzing with students and teenagers by night. To my dismay, there were hardly any Black Africans in Bath. After over five hours of wandering about, taking pictures and people-watching, I saw only two black families. It may even have been one black family who passed by me twice.

There are so many notable sites, too many to see them all. But first a history lesson!

War History
Despite its relaxing springs and religious focus, Bath has a long history of war and violence. Having been the site of the Battle of Badon (c. AD 500), in which King Arthur is said to have defeated the Anglo-Saxons. During the English Civil War, the city also surrendered. Bath was again retaken during the Battle of Lansdowne on 5 July 1643.

More recently and most heartbreaking was the Bath Blitz in World War II. This refers to the air raids on the city by the German Airforce on the night of the 25 April 1942 during World War II. That weekend, Bath suffered three raids, from 80 Luftwaffe aircraft. Few citizens took cover, even when the first Pathfinder flares fell because they thought the aircrafts were headed for Bristol, which had been bombed daily for over four months.

The attack began at 11 pm on a Saturday night while most residents must have been sleeping, and lasted till 1.00 am. The German aircraft then left, refuelled, rearmed and returned at 4.35 am. Bath hadn’t even gotten its head around from the fire from the first raid before they were hit again. The third raid started early on Monday morning. It lasted only two hours but the damage was extensive. The bombers dropped high explosives and then sprayed the streets with machine-gun fire. A 500 kilogrammes high explosive bomb landed on the south side of Queen Square, resulting in houses on the south side being damaged.

Over one thousand residents were injured and 417 killed, many of which I believe were whole families and if you zoom in on the pictures below you can see the names.

Bath was shelled as part of the“Baedeker raids”, where targets were chosen for their cultural and historical value. Consequently, over 218 architectural monuments were destroyed.

The remains of this attack are still being uncovered till date. In 2016, a live 230 kg bomb was discovered under a playground in Bath. The bomb had been there for over 70 years.

Bath Abbey
The Abbey Church of Saint Peter and Saint Paul, popularly called Bath Abbey is a notable tourist building in Bath City Center founded in the 7th century. Standing 161 feet tall the abbey is crafted from Bath stone, with The West Front has sculptures of angels climbing to and from heaven on two stone ladders on each side. For some reason, I found the angel climbing downwards a bit creepy. You might be able to see it if you zoom in on the first image below. The building has been rebuilt twice, once in the 12th and again in the 16th centuries.

The Abbey has the grandest wooden door I have ever seen, adorned with carvings which include two guilds. I just love this door. I think I’m obsessed with doors and ceilings. I can’t get over the Silver door in Amber Fort.  However, I found the side entrance even more interesting. the walls seem to be covered with eulogies to many different people who died ages ago. Frankly, I felt like I was standing on top of Maggy Pringle and John Ogle. 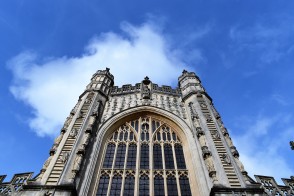 viewed from the South-East 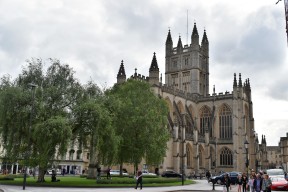 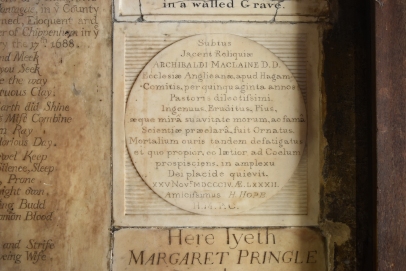 On the north side of Bath Abbey stands my favourite piece; the Rebecca Fountain. A historic drinking fountain dating 156 years with the inscriptions “take the water of life freely” and “water is best”. The fountain is life-size woman pouring water from a jar into a large wide bowl. The fountain was to give people the option of water rather than alcohol. I just love that she’s been standing there for over a century offering water. Other tourists drank of the fountain, but you know how I feel about public water.

The Rebecca Fountain, – Water is Best 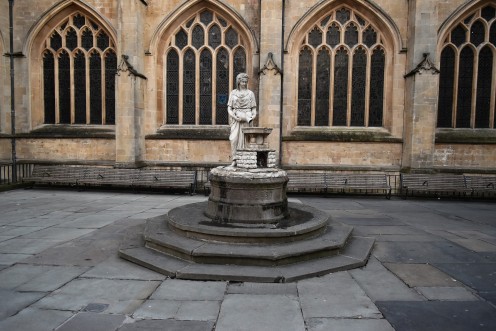 The Rebecca Fountain, – Water is Best

The Parade Garden
The Parade Garden is a lovely park right next to the River Avon overlooking Pulteney Bridge and Weir. It is said to be of Victorian heritage and is home to some of the world’s rarest flowers and has won numerous British awards for its blossoms. If you were considering a destination wedding, this is where you want to say “I do!”. While the bandstand has a capacity for 20 guests, the lush lawn can accommodate everyone else. 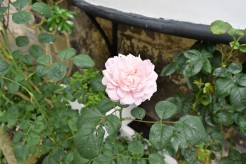 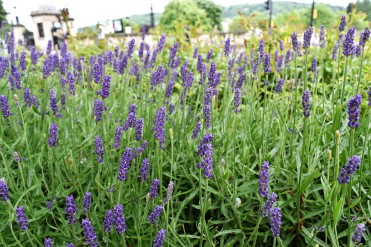 Sally Lunn’s Eating House
Sally Lunn’s is one of the oldest houses in Bath History has it to have been the actual kitchen of a legendary baker Sally Lunn in Georgian Bath and she was the first to create the first Bath bun. To give this some perspective, these buns look a lot like round loaves of bread which are as wide as, if not wider than the average sauce. This will end your ketogenic diet pronto. Personally, I didn’t come to the Queen’s Kingdom to spend pounds on big bread, so I didn’t have any. 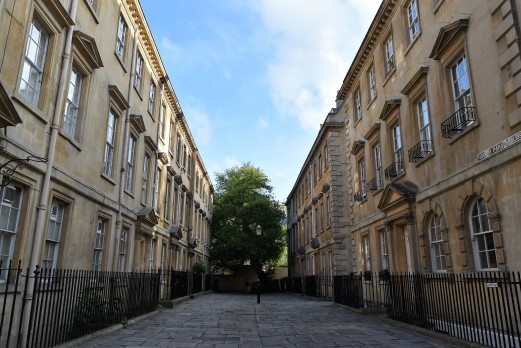 The house is said to have been standing since 1482, and lovely Sally lived there about 200 years after in 1680. To be honest, I think they might be making these dates up.

OTher inetresting architechtural sites include Queen ‘s Square, the Circus and the Royal Crescent.

Unlike India and Senegal, I’m certain I’ll visit Great Britain again and I’m looking forward to it. With time and money constraints, I didn’t get the chance to soak in the Thermae Bath Spa, Britain’s only natural thermal spa which is said to possess healing and rejuvenating properties from over 42 different minerals. However, I certainly will on my next visit.

I’d also planned to see the Stonehenge but I fell ill and ran out of time. Finally, having visited other cities which include Lancashire, Liverpool, and Manchester, I hope I will finally get to see London and of course tell you all about it!