I’ve been up and away again. This time, to visit the Queen!
Okay, that was an exaggeration but, I’ve been in Great Britain for a few weeks, touring some parts of Her Majesty’s Kingdom and as usual, I will be sharing my experience with you! But first, let’s talk about Britain and its people.

Before I go any further, it is important to explain that despite being used interchangeably, the British Isles, United Kingdom, Great Britain, and England actually refer to different things. The diagram below explains this difference succinctly.

British Culture
I’ve come across unintelligent comments on social media like “white people don’t have culture” and that just isn’t true. Mostly Caucasian, Brits are generally soft-spoken and extremely polite. They are reserved or snobbish as my Brit friend said. They aren’t likely to start a conversation with a stranger but if you started one, they’d respond pleasantly. Most people are helpful with directions and general inquiry and if you are familiar enough, you’ll be invited to have some tea.

With regards to fashion, Brits sense of style is very muted, with most of their clothes in dull colours like pale pink, grey, navy, dark blue or black, and their jewellery very discrete. Generally, they seem not to have a single flamboyant bone in their bodies. The women love leggings, and the teenage girls pair them with cropped tops despite the biting cold. The majority seem not to be wearing any underwear, not that it’s a punishable offence. 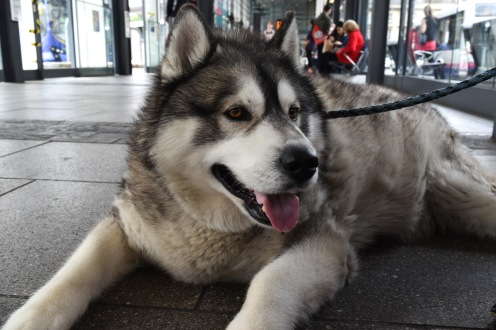 His name is Shadow 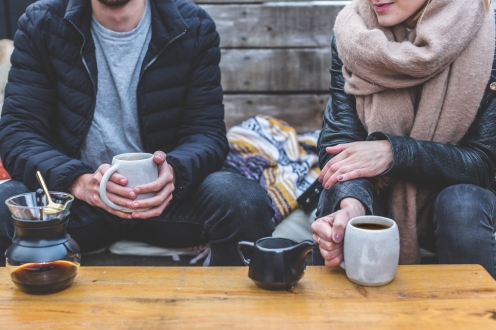 Now, if you’ve wondered where the phrase “every man and his dog” came from, I’m quite certain it’s Great Britain. For most Nigerians, our dogs are primarily security guards, bred to bark and alert us of intruders, and if necessary in the course of duty, take a bite or two of them.  A Nigerian with his dog outside the home is most likely going to the vet. But it’s quite different with Brits, who appear to really love their dogs and seem to go almost everywhere with them. On the bus, the train, the morning run, taking a walk, everywhere you look, there’s a  dog right next to the baby in the buggy and they come in all kinds of breeds. From the sausage-like ones that give new meaning to hot dogs, to the massive, well-fed and wolf-like, that breathe life to the direwolves of the North. To my surprise and delight, they are mostly well behaved, friendly even.

As much as they love dogs, most Brits appear to also enjoy gardening. On Sunday morning while we are getting dressed and rushing to church, many of them are otherwise purposefully dressed, down on all fours pruning and planting, and they do a good job of it too. These gardens spot the most beautiful flowers and very often fist-size roses. 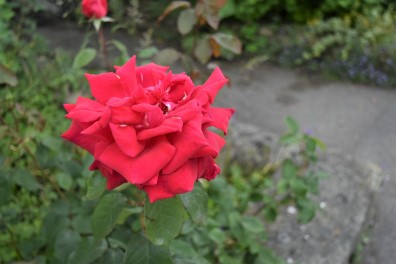 Landscape
The British countryside is a lot like walking into a bedtime story. I grew up on Ladybird books with stories and poems that talked about castles, houses with chimneys that Santa could climb down at Christmas, picturesque woodlands, sheep in the meadow and the grass rippling in the wind, and classic lonely cottages where the witch could be about to cook Hansel and Gretel, all so surreal. Unlike in Nigeria, no one’s sheep or cattle is roaming free on the road. They are all respectfully confined to their farms. 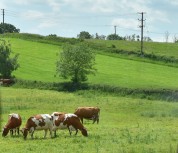 Money
The Great British Pounds (£, GBP) otherwise known as Pounds Sterling is the official currency of Great Britain. It is one of the strongest currencies in the world, ranked 4th most-traded in forex markets, after the United States Dollar ($, USD), the Euro(€), and the Japanese Yen(¥). Bringing this home, one Pound Sterling sells for 470 Naira, and one pound is a coin.

This brings me to my first inconvenience: Carrying and Spending Coins. Unlike Nigerian currency, coins here are valuable. Drop a one or two-pound coin, and you have lost N1000. The least valuable coins are one and two pence, the “red” ones, equal to 5 and 10 Naira approximately.  To get rid of as many of them as possible, I had to do some mental maths and a lot of counting.

Weather
In my limited experience, the weather south of Britain is much better than up north. I’m told the best time to visit is between June and September. It’s still cold compared to Nigeria but it’s so much more bearable.  Most of the time, a hot bath and some tea kept me warm. I’d like to visit during the winter just so I can see it snow, but the way they describe the bitter cold, I don’t think I’ll survive it. 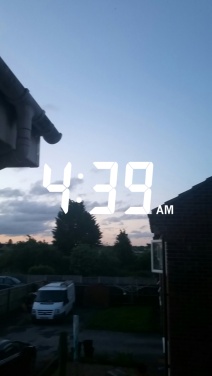 Another inconvenience was Sunset and Sunrise. That thing about longer days and shorter nights we didn’t really grasp in geography class? It’s real here. I crawled out of bed to pee at about 4.00am and light was sipping in through the curtained windows. The sun was rising! I couldn’t believe it, especially since the sun didn’t completely set till about 10.00pm the previous night. With only 5 hours of true darkness, it was difficult to sleep or keep track of the day. It looked like 2.00pm outside but it was actually 6.00pm.

Language
Thanks to colonialism, communication in Great Britain is easy because we speak English fluently. However, I learnt that it is necessary to speak slowly and to pronounce one’s words slower and carefully so the Brits can understand, because believe it or not we have a Nigerian accent. This is why people who are foreign-based pick up a foreign accent. It’s not to sound bourgie, it’s just an adaptation to the society they have been in.

Drinking Tap Water
We don’t drink water straight from the tap in Nigeria. In fact, if you do that in Lagos you are most likely to end up in the hospital. We drink bottled water when we are financially buoyant or pure (sachet) water otherwise. In Britain, it’s the exact opposite. According to Prof Paul Younger, of Glasgow University, “Water coming from UK taps is the most stringently tested in the world,”. The tap water is checked daily under a rigorous inspection regime and is widely believed to be safer than bottled water.
This was really difficult for me to adapt to. Getting drinking water straight from the tap always felt unhygienic. In thirst, I’d fill my cup but only take down a few sips. This left me dehydrated a lot of the time.

Trying British Foods
I enjoyed some typical British foods but I kept a lid on it because my budget was small. 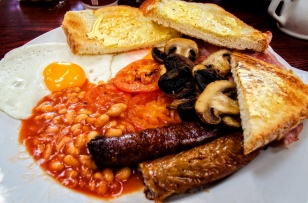 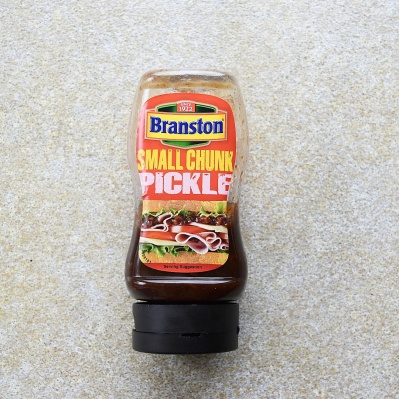 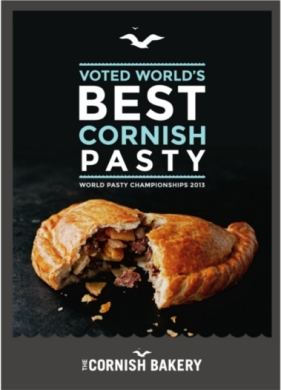 Trekking Up and Down
The transportation system here is very organised and for the most part timely, so most people use the bus or the train to get around. Consequently, you have to trek to the bus stop or train station. As a Nigerian, I differentiate walking and trekking based on 2 things; distance and purpose. If it is leisurely and short, it’s walking. if it is purposeful, brisk and longer than 12minutes, it’s trekking. Cab fares here are quite steep and an ordinary 20-minutes walking distance can easily cost you some 10 quid which is some N5000! So I trekked. I trekked in the sun and even in the rain (because it started raining out of the blue and cabs aren’t readily available like in Nigeria) while being mindful of stepping in dog poop like dodging landmines.

On the upside, while trekking, I didn’t sweat because the weather was cold, but I had to pee often, and my fitness improved tremendously. In all of this walking, trekking and running, I cannot overemphasise how much you need a good pair of running shoes. If you overpronate like I do, Nike Zoom Structure is the shoe for you.

Using the Train
As if trekking isn’t enough, finding my way around the train station was mind-boggling. I very often found myself running from one platform to another and back, trying to find and catch the right train. Fortunately, and unlike the Indian Metro, these trains have very comfortable seats. 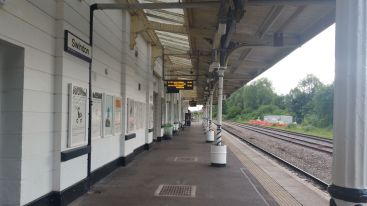 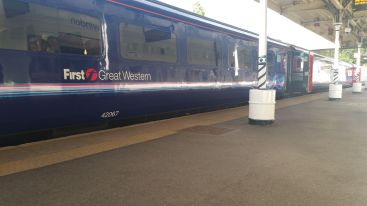 Some trains had wifi and sockets to charge your phones, laptops and other handheld devices. They had on-board toilets and a food cart selling cookies, sandwiches, beverages and other life-saving edibles. You are likely to undervalue these services and facilities until you are in for a 3-hour ride.

Overall, Great Britain is a good place to visit and relax, not just because there’s no language barrier, but for its tourist sites and heritage which I will focus on in my next post. In the meantime, root out your passports!